Medical expenses are partly responsible for two-thirds of all bankruptcies filed in the US, new research says. Astronomical healthcare costs mean that most Americans are just “one serious illness away from bankruptcy.”

For many Americans, treating injury and illness is only the beginning of their problems. The prohibitive cost of private healthcare financially ruins around 530,000 families per year, according to a study by the City University of New York (CUNY) published in the American Journal of Public health last week.

These cases account for over 66 percent of all annual bankruptcy filings in the United States. 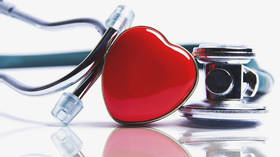 “Unless you’re Bill Gates, you’re just one serious illness away from bankruptcy,” lead researcher Dr David Himmelstein said. “For middle-class Americans, health insurance offers little protection. Most of us have policies with so many loopholes, copayments and deductibles that illness can put you in the poorhouse.”

Himmelstein is a member of Physicians for a National Health Program, an organization that advocates for a single-payer, socialized healthcare system. He said the figures revealed by the study are broadly unchanged from similar studies conducted in 2001 and 2007, despite the passage of the Affordable Care Act (Obamacare) in 2010.

67.5 percent of debtors surveyed said that medical costs contributed to their bankruptcy in the first three years from the start of the law, compared to 65.5 percent before its passing. The study did note that middle-class Americans were more likely to file for bankruptcy than poorer citizens, who may have benefited more from the ACA.

Cancer treatment sets patients back an average of $150,000, while treating something as common as a heart attack costs around $39,000, according to figures from the American Association of Retired Persons.

Against this backdrop, 70 percent of Americans support ‘Medicare for All,’ an ambitious public healthcare bill drafted by socialist Senator Bernie Sanders (I-Vermont). Of the Democrats hoping for a shot at the presidency in 2020, Senator Elizabeth Warren (Massachusetts) and Rep. Tulsi Gabbard (Hawaii) support Sanders’ bill, while Senators Kamala Harris (California) and Cory Booker (New Jersey) have both signaled in recent interviews that they agree with it in part.

Illness and medical bills contributed to over 66% of bankruptcies between 2013 and 2016.