The US is ready to use all means to remove the unwanted socialist governments of Venezuela, Nicaragua, and Cuba from power in order to achieve full control over Latin America, Russian GRU chief Igor Kostyukov has warned.

Washington’s foreign policy will be the main security threat for Latin America in the coming years, Igor Kostyukov, the head of Russia’s main intelligence directorate (the GRU), told guests of the annual Moscow Conference on International Security.

Washington acts “in disregard of international law” and without considering the possible aftermath for its allies “in order to achieve full control on the region,” he said.

The State Department officially spends at least $1.5 billion every year to boost its influence in Latin America, Kostyukov said. Taking into account “special and non-budget programs” would make the amount much larger, he added.

The technologies of ‘colored revolution’ that are now being worked out in Venezuela, may soon be implemented in Nicaragua and Cuba

In Nicaragua, the “US-sponsored opposition is disrupting the national dialogue by putting forward terms that are obviously unacceptable for the authorities,” Kostyukov said.

The country remains in a deadlock as protests against a pension reform a year ago turned violent and led to several hundred being killed. The talks between Daniel Ortega’s government and the opposition only resumed in February after the authorities released many of those detained during the unrest. 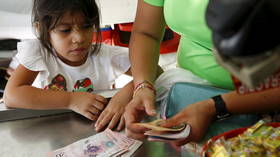 As for Cuba, the Trump administration will try to rely on economic measures to achieve its goals, the GRU boss said.

“In March, Helms–Burton Act was re-introduced by the US. It allows the Americans to seek compensation for lost property in [the Cuban] republic, which could affect around 200 Cuban enterprises. A significant reduction in the supply of Venezuelan oil as a result of the US sanctions was also a blow to Cuba.”

Despite all of Washington’s ambitions, it’s planned “blitzkrieg” in Venezuela has failed, Kostyukov said.