A coalition of big tech companies, including Microsoft is developing a COVID passport, with the expectation that a digital document linked to vaccination status will be required to travel and get access to basic services.

The group is calling itself the Vaccination Credential Initiative (VCI), and includes Microsoft, Salesforce and Oracle.

The US health provider Mayo Clinic is also involved in the project, which is being described as “the most significant vaccination effort in the history of the United States.”

The idea is now a familiar one. Anyone who has been vaccinated will receive a QR code that can be stored on their mobile phone in the wallet app. Those without phones will have access to a printed version.

We have previously reported on the development of this so called ‘CommonPass’, which also has backing from the World Economic Forum, and now more details have emerged.

“The goal of the Vaccination Credential Initiative is to empower individuals with digital access to their vaccination records,” said Paul Meyer, CEO of non-profit The Commons Project, also involved in the project.

Meyer said that the document will allow people “to safely return to travel, work, school, and life, while protecting their data privacy.”

Meyer said the coalition is working with several governments, and expects standards to be adopted that will see mandatory negative tests or proof of vaccination, in order to re-engage in society.

“Individuals are going to need to have to produce vaccination records for a lot of aspects of getting back to life as normal,” he added. “We live in a globally connected world. We used to anyway — and we hope to again.”

The Financial Times reports that The Commons Project has received funding for the project from the Rockefeller Foundation, and that it is being implemented by all three major airline alliances.

The Rockefeller Foundation has previously touted its plans for a ‘Covid-19 data and commons digital platform’ as well as a desire to “launch a Covid Community Healthcare Corps for testing and contact tracing.”

“Coordination of such a massive program should be treated as a wartime effort,” the foundation states on its website,

THE FRENCH military has been given the green light to develop super soldiers that can resist pain, stay awake longer and have boosted brain power and hearing.

The “augmented soldiers” could be given extra military capabilities through implants, prosthetics and medical treatments that give them a bionic boost. 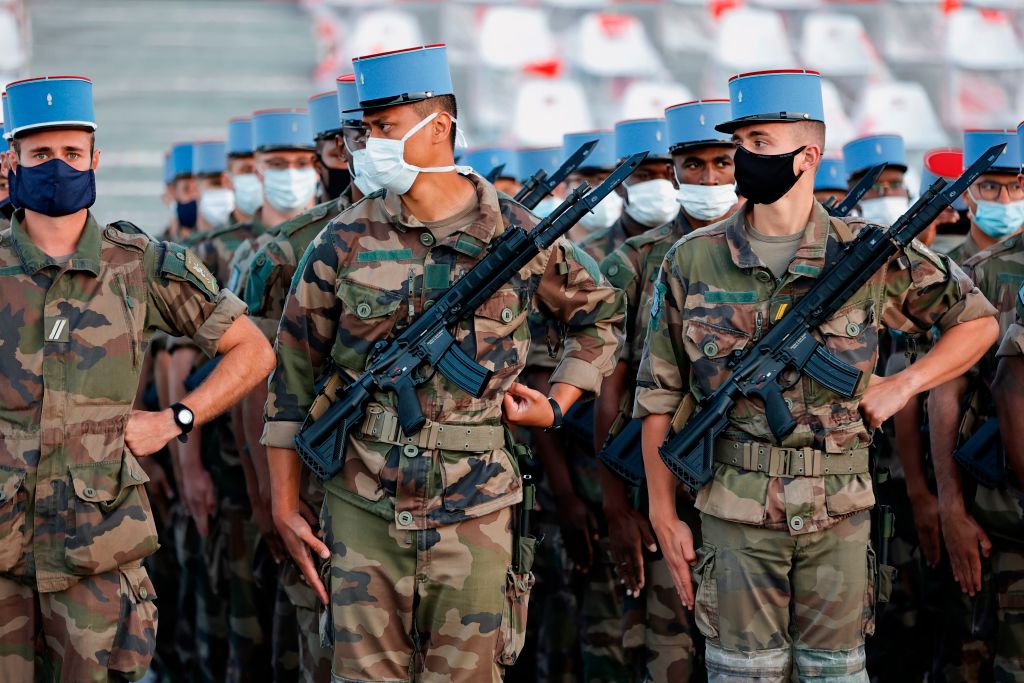 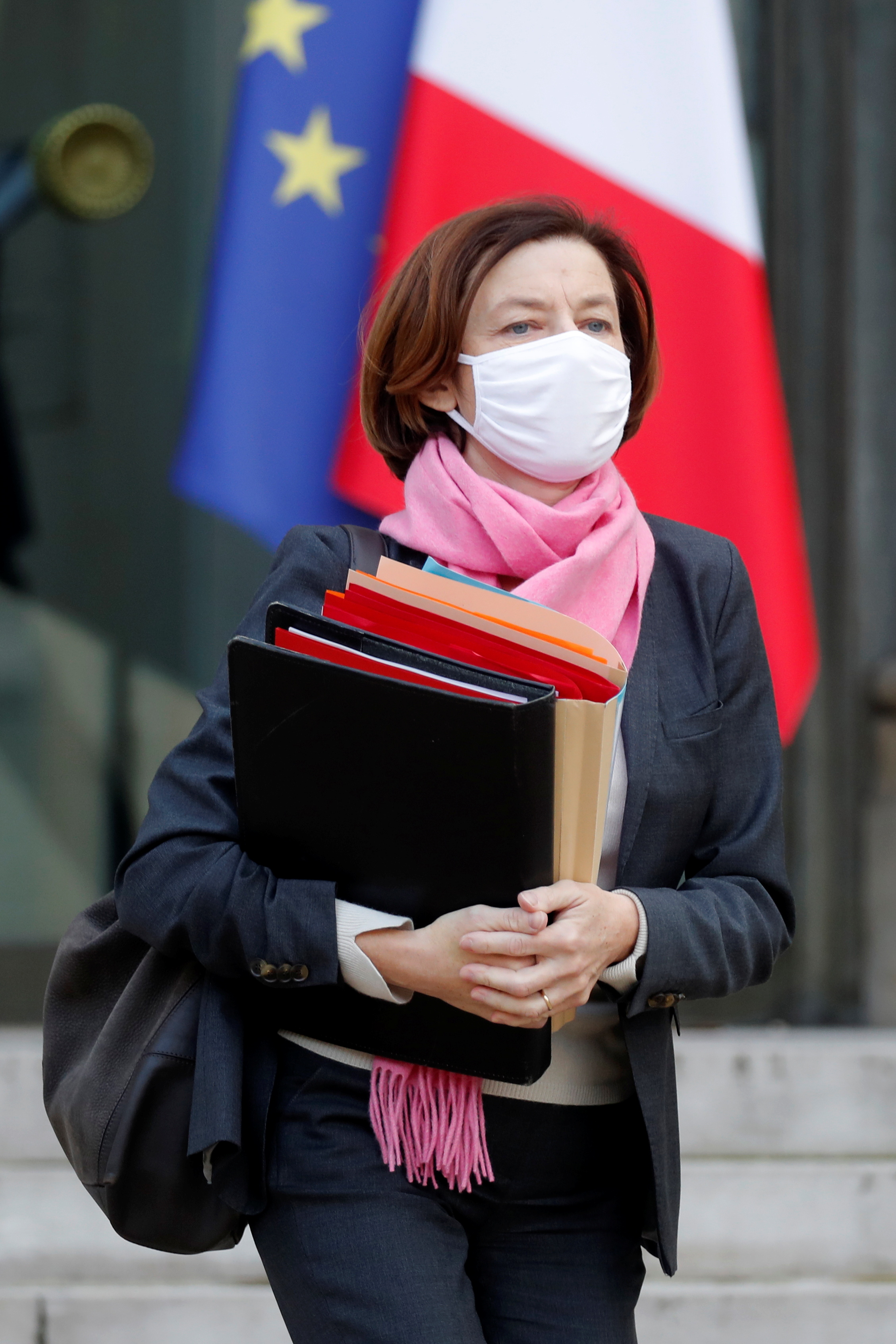 The ethical committee of the armed forces ministry gave the nod to the proposals in a new report launched on Tuesday, which said in a report that France needed to keep up with countries that were already working to produce super-soldiers.

The proposals aim to improve “physical, cognitive, perceptive and psychological capacities,” and could allow for location tracking or connectivity with weapons systems and other soldiers.

The committee has outlined some of its research, which includes drugs to keep troops awake for long periods of time and combat stress, and even surgery to improve hearing.

The committee said that France needs to maintain “operational superiority of its armed forces in a challenging strategic context”, reported CNN.

But it may be some time before French soldiers come to resemble the Justice League’s Cyborg, with his superhuman strength and mechanically-enhanced body.

Any move towards creating the ‘bionic’ soldiers would have to be made while respecting the humanitarian law, added the report from the 18-strong committee of ethical experts.

Modifications that would affect a soldier’s ability to manage the use of force, affect their sense of humanity or stop them going back to civilian life are banned.

The report gave the hypothetical example of a soldier whose arm was replaced by a prosthetic that doubled as a weapon, which would not be allowed as they would be unable to leave the armed forces.

“But we have to be clear, not everyone has the same scruples as us and we have to prepare ourselves for such a future,” she said.

December 11, 2020 (LifeSiteNews) — Professor Eric Caumes caused the equivalent of a medical earthquake by stating Wednesday evening that he has never seen as many undesirable effects with a vaccine as with the Pfizer injection that is scheduled to be widely distributed in France starting in January.

Caumes, head of the infectious and tropical disease department at a major Paris hospital, is part and parcel of the fear game around COVID-19, favoring France’s second lockdown that became effective at the end of October and promising a “third wave” of infections and disease if “barrier gestures” are not observed and people don’t limit the amount of family dining together at Christmas.

He has clearly stated that he will take a anti-COVID-19 vaccine as long as it is not an “RNA” vaccine like those being distributed in the United Kingdom now. “RNA” vaccines are expected to start in France in January with the residents of care homes for the elderly.
Caumes has voiced concerns regarding these vaccines. He complained earlier about the lack of available scientific data from their results and side effects, saying he would never blindly trust the vaccine industry merely on their press releases.

On Wednesday, Caumes went much further in an interview he gave to the French daily Le Parisien. After seeing a report on the Pfizer vaccine from the American Food and Drug Administration (FDA) on Tuesday evening, the data used by Pfizer to obtain marketing auhorization turned out to be a shock.

Caumes measured his words, saying, “As I read the 53 pages, something struck me. I have never seen such a high frequency of adverse events for a vaccine. Apart from minor injection reactions such as local redness and pain, other side effects occur at relatively high rates, especially in young people and after the second dose.

“Take the example of fever. It can occur transiently after an injection; it is classic. But here, 15.8 percent of 18- to 55-year-olds had a fever of 38 degrees Celsius or higher within seven days after the second injection. And 45 percent had to take medication for fever or pain. Another 55 percent had headaches and 62 percent were tired. No, really, that’s much too much,

Police officers were pictured taking off their helmets to cheers from the crowd at an overnight protest in Paris sparked by the so-called Global Security Bill, which makes it illegal to distribute pictures of law enforcement.

The symbolic gesture was met with applause from the demonstrators, footage from the scene shows. Multiple officers removed their helmets, putting on soft service hats instead.

Other police and gendarmerie officers, however, were not that cooperative and refused to take off their helmets. Some were seen pushing aggressively against the crowd and reporters, refusing to be filmed.

Another powerful scene occurred when police deployed a water cannon truck against the protesters. The large machine was confronted by a lone wheelchair-bound protester, and the police were apparently hesitant to remove him from the truck’s path. However, he ultimately backed down on his own.

The protest, held at the Trocadero Square near the Eiffel Tower, was organized by Amnesty International, Reporters without Borders and other rights groups and journalist unions. The gathering was largely peaceful, yet after dark some protesters got rowdy and set various objects on fire, invoking a police response. A total of 23 people were arrested and a police officer was slightly injured during the scuffles, Paris police said.

The Global Security Bill, pushed forward by the French government, was passed by the National Assembly on Friday and is expected to be approved by the Senate next week. Among other things, it criminalizes the distribution of images of law enforcement, both by the media and the public. Violation of this new rule could result in a hefty fine of up to €45,000 (around $53,400) or a one-year prison sentence.

Also on rt.com
Police use water cannon against protesters in Paris amid clashes over Global Security Bill (VIDEOS)

While the legislation came under a storm of criticism as a gross violation of freedom of speech, the French government insisted it was needed to protect the officers from images shared with a clear intent to “harm” them.

In a recent interview on French television Prof. Jean-François Toussaint of the Université Paris-Descartes has said that hysteria over a “second wave” in France is based on the widespread misinterpretation of data. His main points are as follows:

Prof. Toussaint caps it all with this quote:

“There is not, at this time, any scientific argument that attests to the usefulness of masks”

Before repeating (as we have said ourselves and which Dr Luis de Benito of Madrid stated last week) that we no longer talk about deaths, but instead talk about second waves and new cases, because the death figures have dropped to almost zero.

He is right about this, across Europe excess mortality is now either average or below average. The danger, if indeed there ever was much, has apparently passed.

www.globalresearch.ca contains copyrighted material the use of which has not always been specifically authorized by the copyright owner.