It was not Covid, therefore the news went almost unnoticed: Japan will release over a million tons of radioactive water from the Fukushima nuclear power plant into the sea. The catastrophic incident in Fukushima was triggered by the Tsunami that struck the northeastern coast of Japan on March 11, 2011, submerging the power plant and causing the core of three nuclear reactors to melt.

The power plant was built on the coast just 4 meters above sea level with five-meter-high breakwater dams, in a tsunami-prone area with waves 10-15 meters high. Furthermore, there had been serious failures by the private company Tepco managing the plant, in the control of the nuclear plant: the safety devices did not come into operation at the time of the Tsunami.

Water has been pumped through the reactors for years to cool the molten fuel. The water became radioactive, and was stored inside the plant in over a thousand large tanks, accumulating 1.23 million tons of radioactive water. Tepco is building other tanks, but they will also be full by mid-2022.

Tepco must continue pumping water into the melted reactors and has decided to discharge, in agreement with the government, the water accumulated so far into the sea after filtering it to make it less radioactive (however, to what extent it is not known) with a process which will last 30 years. There is also radioactive sludge accumulated in the decontamination filters of the plant, stored in thousands of containers, and huge quantities of soil and other radioactive materials.

As Tepco admitted, the melting in reactor 3 is particularly serious because the reactor was loaded with Mox, a much more unstable and radioactive mix of uranium oxides and plutonium.

The Mox for this reactor and other Japanese ones was produced in France, using nuclear waste sent from Japan. Greenpeace has denounced the danger deriving from the transport of this plutonium fuel for ten thousand kilometers.

Greenpeace also denounced that Mox favors the proliferation of nuclear weapons, since plutonium can be extracted more easily and, in the cycle of uranium exploitation, there is no clear dividing line between civilian and military use of fissile material.

Up to now, around 240 tons of plutonium for direct military use and 2,400 tons for civil use (nuclear weapons can however be produced with them),

Radioactive particles from Japan’s Fukushima Daiichi nuclear power plant have drifted as far north as a remote Alaskan island in the Bering Strait, according to scientists at the University of Alaska in Fairbanks.

According to Reuters, the levels of cesium found in Alaska are far too low to pose a health hazard – as humans have been “cleared” to consume levels some 3,000-times higher than those found in the Bering Sea, according to the Environmental Protection Agency.

Water was sampled for several years by Eddie Ungott, a resident of Gambell village on the northwestern tip of St. Lawrence Island. The island, though part of the state of Alaska, is physically closer to Russia than to the Alaska mainland, and residents are mostly Siberian Yupik with relatives in Russia.

Fukushima-linked radionuclides have been found as far away as Pacific waters off the U.S. West Coast, British Columbia and in the Gulf of Alaska.

Until the most recent St. Lawrence Island sample was tested by the Woods Hole Oceanographic Institution, the only other known sign of Fukushima radiation in the Bering Sea was detected in 2014 by the National Oceanic and Atmospheric Administration. –Reuters

In 2014, trace-amounts of Fukushima radiation was found in the muscle tissue of fur seals on Alaska’s St. Paul Island in the southern Bering sea, however there was no testing of the water at the time, according to Gay Sheffield, a Sea Grant marine advisory agent based in Nome, Alaska.

Three of the six reactors at the Fukushima Daiichi plant melted down in March 2011 after a 9.0-magnitude quake and subsequent tsunami knocked out the plant’s backup generators, disabling the pumps required to cool the reactors.

Since then, radiation has been detected on the West Coast – including California wine, the coast of Oregon, and bluefin tuna which migrate from waters near Japan to the west coast of California and Mexico.

The eight year anniversary of the triple meltdowns at the Fukushima Daiichi nuclear facility passed mostly without comment in mainstream media circles. In spite of ongoing radiological contamination that will continue to spread and threaten human health for lifetimes to come, other stories dominate the international news cycle. The climate change conundrum, serious though it may be, seemingly crowds out all other clear and present environmental hazards.

As part of efforts to normalize this historic event and cover it up in its magnitude, the Japanese government has invested considerable financial, public relations and other resources into what they are billing the ‘Recovery Olympics‘ set to take place in a year’s time in Tokyo.

But Helen Caldicott warns that the dangers associated with Fukushima have not gone away and remain a cause for concern.

Dr. Helen Caldicott has been an author, physician and one of the world’s leading anti-nuclear campaigners. She helped to reinvigorate the group of Physicians for Social Responsibility, acting as president from 1978 to 1983. Since its founding in 2001 she served as president of the US based Nuclear Policy Research Institute later called Beyond Nuclear which initiates symposia and educational projects aimed at informing the public about the dangers of nuclear power, nuclear weapons, and nuclear war. And she is the editor of the 2014 book, Crisis Without End: The Medical and Ecological Consequences of the Fukushima Nuclear Catastrophe.

On the week marking the eighth anniversary of the Fukushima meltdowns, the Global Research News Hour radio program, hosted by Michael Welch, reached out to Dr. Caldicott to get her expert opinion on the health dangers posed by the most serious nuclear disaster since, at least, the 1986 Chernobyl event.

Global Research: Now the Japanese government is preparing to welcome visitors to Japan for the 2020 Olympic Games, and coverage of the 8th anniversary of the Fukushima disaster is hardly, it seems to me, registered given the significant radiological and other dangers that you cited and your authors cited in your 2014 book, Crisis Without End. Now it’s been more than four years since that book came out. 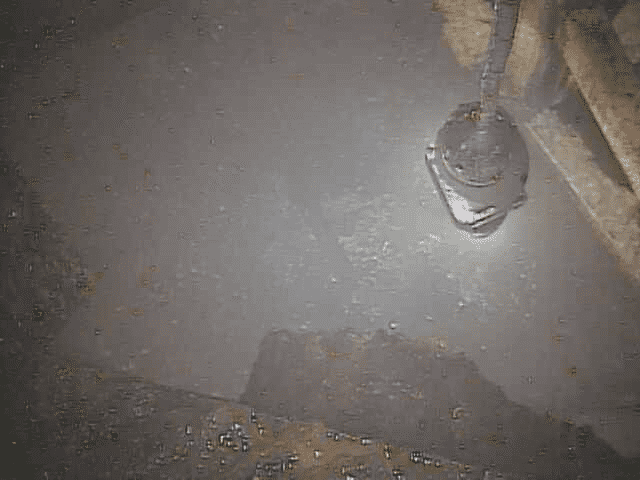