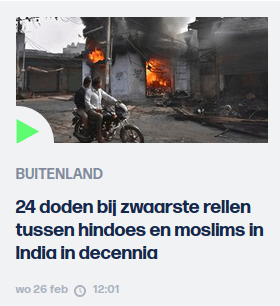 India’s new chief of defense staff, General Bipin Rawat, has said that the ‘war on terror’ is far from over and its roots must be analyzed in order to combat terrorism.

“Terrorism is here to stay. So long as there are… states that are going to sponsor terrorism and… use terrorists as proxies, make weapons available to them, [provide] funding for them, then we can’t control terrorism,” Gen. Rawat said, as quoted by local media.

We have to bring an end to terrorism and that can only happen the way Americans started after the 9/11 terror attack. They said let’s go on a spree… [a] global war on terror.

India, he suggested, has “to take the bull by its horns and strike at the root cause.” It would be wrong to think that “the war on terrorism is going to end,” he added.

“Any country which is sponsoring terrorism has to be taken to task,” he said. It is also crucial to tackle “the ideology of radicalization” and suppress radicalism online, Rawat suggested.

Every day and in every part of India, hundreds of thousands of people – mainly young people – gather on the streets to express their anger at the government. Their protests, like those of the protests in Chile, emerged out of one particular grievance but then have cascaded outward. They are angry at the government’s attempt to define citizenship in a narrow and bigoted way; but they are also angry at the arrogance of the government and at the disastrous way in which the government has managed the economy.

India’s Prime Minister Narendra Modi comes from the Bharatiya Janata Party (BJP), a far-right political organization that has intimate roots to India’s fascist currents. The BJP’s parent party, the Rashtriya Swayamsevak Sangh (RSS), was born in 1925 with close links to Italian fascism. Both the BJP and the RSS believe in a doctrine known as Hindutva, which is essentially to promote the supremacy of Hindus over other communities inside India.

The animus of the BJP and the RSS is directed against India’s Muslims. The way that the BJP government defined the refugee act (the Citizenship Amendment Act, or CAA) and the citizenship register (National Register of Citizens, or NRC) appears directly to target Muslims, and to define Indian nationality in opposition to Muslims.

Given India’s population, minority communities are considerably large. India’s Muslim population, for instance, is 15 per cent of the total population, which amounts to more than 200 million people. The country with the largest Muslim population is Indonesia, and Pakistan and India essentially tied for second place; India’s Muslims – by themselves – form the eighth-largest country in the world after Brazil and ahead of Nigeria.

The demographic makeup of India necessitates that the country’s laws and traditions accommodate all of India’s cultural and social diversity. The fascistic viewpoint of the BJP and the RSS is not only immoral and unjust, but it is simply impractical.

The upsurge of the population against this immoral anti-Muslim posture of the government has surprised the BJP leadership. Modi and his cabinet have become used to pushing a hard-right agenda. When Modi was the chief minister of Gujarat, he oversaw a pogrom in 2002 that killed more than 2,000 Muslims and disenfranchised many thousands more.

Modi’s Hindutva populism, backed by naked threats against India’s Muslim minority and the suppression of dissent, is crashing India’s economy and its democracy

Using all its tools of propaganda and tactics of intimidation, Narendra Modi government is broadcasting the message that all is well in India. It isn t. The truth is that India, as a nation, is going through a…

Want to enjoy ‘Zen’ reading – with no ads and just the article? Subscribe today

If you would like to be notified when your comment is published,
please fill in your email address in the form below.

An error has occurred

The homicide rate in India is the lowest it has been since the early 1960s, the new data shows. The government wants to curb it even more by installing a country-wide facial ID system to track “crime patterns.”

The nation’s murder rate had grown for decades before peaking in the early ‘90s. Since then, it has been steadily declining, despite India’s population growth.

The data shows that the highest murder rates occur in the poorer northeastern states and the states with a sizable tribal population, which are often plagued by communal, religion- and caste-based violence.

Also on rt.com
Indian PM Modi is winning his biggest war, and it’s not against Pakistan

Some troubling trends continue, however, like the rise in certain types of crimes such as abduction and kidnapping, as well as violent crimes against women. In an effort to reverse the tide, the government plans to create the world’s largest facial recognition system.

Officials say the national database will not only help in identifying criminals and finding missing persons, but will also allow law enforcers to “detect crime patterns and modus operandi” of perpetrators across the country. The procurement of the system is due to be finalized next month.