The largest magnetic storm in two years, which hit Earth on Tuesday, is no joke, Russian scientists warned, saying that increased solar activity threatens electronics and people’s health. (RT – May 14, 2019)

Below is a chart showing the EMF spectrum and, specifically, where various electromagnetic frequencies ‘reside’.  Note that Gamma rays emanate from outer space; are radioactive; but the chart does not include the Sun’s frequency.  However, that EMF spectrum chart also has not been revised to indicate where on the spectrum 5G will be ‘broadcasting’ from.  Radar is listed, so that probably will be the 5G range, which is the millimeter wave length, or what’s been referred to as “weaponized wavelengths.”

Dr. Paul Ben-Ishai pointed to research that was commissioned by the U.S. Army to find out why people ran away when the beam touched them. “If you are unlucky enough to be standing there when it hits you, you will feel like your body is on fire.” [CJF emphasis]

After reading RT’s article about the sun’s chaotic magnetic storm affecting electronics and people’s health, I could not help but recall how many physicians I network with have been telling me about their patients being in utter agony when scalar clouds with deluge scalar rainstorms are delivered to our SE Pennsylvania region courtesy of ‘weaponized weather’ or weather geoengineering.  See my recent article about weather geoengineering.

So, what will happen when all the above is compounded by the addition of man-made 5G millimeter waves ‘raining’ down from 20,000 satellites in space?  Has anyone really given deeper thought to that other than 5G will facilitate the Internet of Things with what amounts to faster “Wi-Fi” and the “spies” from the sky?

In another recent article I discuss where 5G comes in on the EMF spectrum—the high millimeter wavelength ranges up to 300 Gigahertz (GHz).

The magnetic poles on the Sun flip about every 11 years. Since nobody lives there, we really have no idea what the effects would be. On Earth, the major pole shifts that are permanent tend to be in the 720,000 years range. So once again, there was nobody around to record what really happens. I have previously warned that the North Magnetic Pole was moving away from Canada and headed in the opposite direction toward Europe.

For most of the 1900s, the physical North Pole was moving westwards around 10 cm each year towards Canada’s Hudson Bay. Then all of a sudden, in 2000, it changed direction moving 75 degrees eastwards and began moving east at a rate of around 17 cm annually. Nobody has ever witnessed such a change. This is completely unprecedented! Now the North Magnetic Pole is moving rapidly and erratically. Today it is now moving at a pace of 55km PER YEAR!!!!! This is creating a real crisis because the entire world GPS system was based upon a fairly stationary location for the North Pole.

The North Pole was previously in Hudson Bay about 54,000 until 48,000 years ago at 60 N and 83 W. Perhaps it is like lightning and just never strikes twice in the same spot. Now it is instead moving toward the British Isles according to NASA. Magnetic poles are defined in different ways but are commonly understood as positions on the Earth’s surface where the geomagnetic field is vertical. These north and south positions, called dip poles, do not need to be opposite of each other. In 1831, James Clark Ross located the north dip pole position in northern Canada. Natural Resources Canada (NRCan) tracked the North Magnetic Pole, which is slowly drifting across the Canadian Arctic, by periodically carrying out magnetic surveys to reestablish the Pole’s location from 1948 to 1994. An international collaboration, led by a French fundraising association, Poly-Arctique, and involving NRCan, Institut de Physique du Globe de Paris, and Bureau de Recherche Geologique et Miniere, added two locations of the North Magnetic Pole in 2001 and 2007. The most recent survey determined that the Pole is moving approximately north-northwest at 55 km per year.

First of all, there are two types of pole shifts.

Earth’s magnetic field, the basis for modern global navigation systems, is constantly in some state of flux. However, it now seems to be going haywire, pushing the North Pole closer to Siberia, and no one’s sure why.

The field changes as the molten metals surrounding the earth’s solid iron core churn and flow, creating electric currents and a corresponding magnetic field. As a result, the magnetic poles tend to shift slightly as a matter of course. 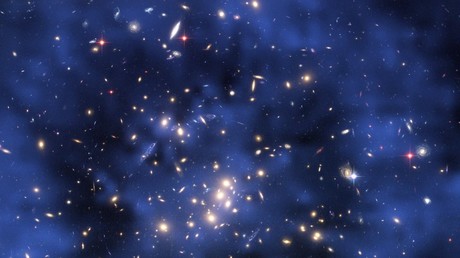 The north magnetic pole sped across the International Date Line last year at a rate of 55 km per year, more than three times as fast as it moved before the mid-1990s. Now located in the Eastern Hemisphere, it’s moving away from Canada and approaching Siberia.

Scientists think a high-speed jet of liquid iron under Canada could be responsible for the pole’s movement, weakening the magnetic field below and allowing Siberia to draw over the pole, Nature reports.

“The location of the north magnetic pole appears to be governed by two large-scale patches of magnetic field, one beneath Canada and one beneath Siberia,” University of Leeds geomagnetist Phil Livermore told a recent American Geophysical Union meeting. “The Siberian patch is winning the competition.”

In general, the World Magnetic Model (WMM) is updated at five-year intervals to ensure modern navigation keeps up with the changes in the Earth’s magnetic field. It was due to be reconfigured next in 2020, but was so out-of-whack by 2018 that a more urgent update was needed.

Researchers at the British Geological Survey and the National Oceanic and Atmospheric Administration (NOAA) have been working to correct the WMM using three years of recent data, including a 2016 pulse that threw their last model’s accuracy off.

The scientists were due to release the latest update next week – if the US government hadn’t shut down, hamstringing NOAA’s operations. Now the release has been postponed to the end of January.