NATO’s top official has warned that its member states face existential threats to their safety, democracy and way of life from both terrorism and nations like Russia and China.

Secretary General Jens Stoltenberg made the remarks at a meeting of the bosses of the bloc’s armed forces on Wednesday. His comments were reported in a statement by Air Chief Marshal Sir Stuart Peach, the British chairman of NATO’s military committee.

According to the communique, Stoltenberg “urged Allies to continue to increase defense spending, invest in modern capabilities and to ensure our military remains ready to deal with challenges such as Russia’s aggressive actions, terrorism and the risks posed by the rise of China.”

He also stressed that “our democracies, our values, and the rules-based order are being challenged.” Stoltenberg’s rhetoric, however, failed to account for the fact its members include five nations that the US government-funded Freedom House says are not democratic states: Albania, Hungary, Montenegro, Macedonia and Turkey.

As well as rival states in the East, the missive also pointed to the evolving threat of terrorism as evidenced by the rise of IS (Islamic State, formerly ISIS), as well as conflicts in Afghanistan and Iraq. It urged its members to step up the funding for their armed forces, adding that “NATO is the world’s most successful military alliance because we adapt.”

Russia has previously warned that NATO activity near its borders has increased in recent months. In December, Russian Deputy Defense Minister Alexander Fomin told local media that there had been a number of close calls when vessels and warplanes came close to the country’s borders.

“In 2020, the activity of [NATO’s] air and naval forces has increased significantly, and situations that can lead to serious incidents are increasingly emerging,” Fomin said. “These actions were openly provocative. The incidents were avoided only thanks to the high level of professional training of Russian pilots and sailors.” 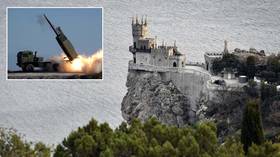 A majority of Americans who have heard of ‘The Great Reset’ – an agenda to push for further globalism and technocrat control of human behavior – oppose its objectives.

A survey by Rasmussen Reporters and The Heartland Institute reveals that 53% of likely voters oppose the Great Reset, compared to 42% who support its goals. 4% said they were not sure.

While swing voters are more likely to oppose the agenda, opposition between Democrats and Republicans splits broadly down party lines, with 72% of Democrats supporting the initiative and 76% of Republicans rejecting it.

According to the survey, “Americans understand that national sovereignty is superior to global governance. Further, according to the data, Americans are wary, as they should be, about the World Economic Forum’s anti-capitalist Great Reset movement. Apparently, Americans are well-aware that globalism is not the answer to U.S. policy issues.”

As we have previously highlighted, the Great Reset, a movement started by World Economic Forum founder Klaus Schwab, is fixated on using the coronavirus crisis to re-order the world and advance draconian surveillance technologies to track and control human behavior.

Schwab recently published a book called “COVID-19: The Great Reset” in which he said that despite the pandemic not representing an “existential threat,” it should be exploited to completely re-order the world and usher in a technocratic transhumanist dystopia.

Legacy media outlets like the New York Times are still claiming the “Great Reset” is a “conspiracy theory” even as world leaders openly announce it.

Former Secretary of State John Kerry attended a recent panel discussion at the WEF during which he asserted that a great reset was urgently needed to stop the rise of populism.

During a presentation to the United Nations, Canadian Prime Minister Justin Trudeau said the coronavirus pandemic had “provided an opportunity for a reset,” but when he subsequently was asked about the remark by reporters, Trudeau denounced the whole issue as a “conspiracy theory.”

Dear Lord Chancellor and Secretary of State for Justice,

We write to you as legal practitioners and legal academics to express our collective concerns about the violations of Mr. Julian Assange’s fundamental human, civil and political rights and the precedent his persecution is setting.

We call on you to act in accordance with national and international law, human rights and the rule of law by bringing an end to the ongoing extradition proceedings and granting Mr. Assange his long overdue freedom – freedom from torture, arbitrary detention and deprivation of liberty, and political persecution.

A. ILLEGALITY OF POTENTIAL EXTRADITION TO THE UNITED STATES

Extradition of Mr. Assange from the UK to the US would be illegal on the following grounds:

Extradition would be unlawful owing to failure to ensure the protection of Mr. Assange’s fundamental trial rights in the US. Mr. Assange faces show trial at the infamous “Espionage court” of the Eastern District of Virginia, before which no national security defendant has ever succeeded. Here, he faces secret proceedings before a jury picked from a population in which most of the individuals eligible for jury selection work for, or are connected to, the CIA, NSA, DOD or DOS.[i]

Furthermore, Mr. Assange’slegal privilege, a right enshrined in Art. 8 European Convention on Human Rights (ECHR) and long recognised under English common law, was grossly violated throughconstant and criminal video and audio surveillance at the Ecuadorian embassy carried out by the Spanish security firm, UC Global. This surveillance was, according to witness testimony, ordered by the CIA and has triggered an investigation into the owner of UC Global, David Morales, by Spain’s High Court, the Audiencia Nacional.[ii] The surveillance resulted in all of Mr. Assange’s meetings and conversations being recorded, including those with his lawyers. The Council of Bar and Law Societies of Europe, which represents more than a million European lawyers, has expressed its concerns that these illegal recordings may be used – openly or secretly – in proceedings against Mr.

Dexamethasone significantly increases the survival rate of coronavirus patients, UK Health Secretary Matt Hancock has said, after trial results showed that the low-cost drug saved lives in a third of the most severe cases.

The University of Oxford announced on Tuesday that dexamethasone reduced death rates by around a third in patients who could only breathe with the help of a ventilator, and by 20 percent in patients requiring supplemental oxygen. 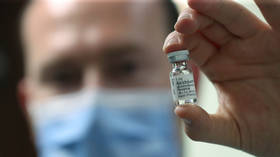 “It does increase your chances of survival quite significantly,” Hancock told Sky News on Wednesday, calling it “one of the best pieces of news we’ve had through this whole crisis.”

The benefits of the drug, however, were not observed in patients with milder symptoms.

Later in the day, Hancock said that the UK had been stockpiling the inexpensive drug since March “because we spotted the early signs of the potential of dexamethasone.” Now, frontline doctors will start administering it immediately to coronavirus patients.

Dexamethasone has been used since the 1960s to reduce inflammation in other diseases such as arthritis and certain cancers.

This week, the WHO endorsed the Oxford study, with Director-General Tedros Adhanom Ghebreyesus saying it was “the first treatment to be shown to reduce mortality” in severely-ill Covid-19 patients. The organization has updated coronavirus treatment guidance to inform clinicians of the promising find.

Mark Esper, the former US Secretary of Defense (it’s a matter of time now) said that his chief Donald Trump lied to the US citizens about the justification to carry out the most heinous murder crimes against two top commanders who fought ISIS and saved US and European lives, including the soldiers from the USA and Europe.

That’s how I read the ‘breaking news’ I received from The New York Times in my inbox. Other info about this is nothing but useless details, especially to those who are concerned.

This might be breaking news to ignorant people, but there was no planned attack against any US interest in the region or elsewhere by the murdered commanders Iranian IRGC’s top General Qasim Soleimani and Iraqi top security force commander and Deputy Head of the PMU Abu Mahdi Al-Muhandis.

It was totally the contrary, the Iranian General Soleimani was on a PEACE Mission to defuse tensions between Iran and Saudi carrying a reply message from Iran to the Saudis through the Iraqi mediator Prime Minister Adil Abdul-Mahdi, and what drove the Iranians and the Iraqi officials further mad at the US President Trump and the US Army is that Trump knew about the mission of General Soleimani and when he was arriving from the Iraqi PM by a phone call the same day.

This is what Mr. Abdul-Mahdi told the Iraqi Parliament during the historic session which voted to expel the US forces out of the country.

Everything else you heard of from the western mainstream media propagandists is full of their usual Pentagon propaganda, but wait, maybe the Pentagon itself is not happy about what happened like what its chief has come out to tell.

Mark Esper spilled out what could be his last statement as the Defense Secretary of the US,